Born in 9/4/1994, Naz Önen completed her primary, secondary and middle school education in Ankara Private Tevfik Fikret Highschool between the years of 2000 and 2012. She started her bachelor program at Bilkent University’s Communication and Design department, graduated in 2016. She has directed and edited several shorts as the producer, director, writer and editor. The short film she directed called If | Okyanus was a Finalist in “EU Human Rights” Short Film Competition in 2014 and it was selected and interviewed for CinéWomen Cahiers’ Biennial Edition in 2015. The same film has been included in 35thİstanbul Film Festival with Hrant Dink Foundation’s “Films About Conscience” Selection. She participated to New York Film Academy Filmmaking workshops, 1 Week in Paris 2014, 6 Week in Florence 2015 programs. In June 2015, she took part in Stone in The Well mixed photography exhibition held by CerModern. She continued Alternative Photogaphy as the mentor of several Cyanotype Workshops for undergraduate and graduate levels in Bilkent and Gazi Üniversity during 2015-2016 season.

Synopsis> Based on the true story of Okyanus (Ocean) Efe Özyavuz who hang herself on July 2014.

Synopsis> When Brovary village officially became a town, one third of its residents were communist. After 60 years and three revolutions such proportion didn’t change: thirty percent of its streets keep the names of the former empire.

Synopsis> A music video for the Hungarian band Morningdeer, inspired by the city of Budapest and the German expressionism. It’s an underwater fairytale about a puppet who is seeking for the exit from the shadow world to the three-dimensional city, while becoming a real person herself. 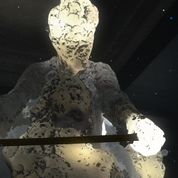 Synopsis> Contact with people is represented danger, but avoiding it, you get to a situation even more awful when surrounding people start seeming ugly, and it isn’t visible beauty.

Synopsis> Music video for the song “Precious time” from the Artist “Megrim”.

Anna Górska – I am a graduate of graphic design and animation studies in Poznan, Poland. My first steps with art had already begun in childhood, from the music school, by photography to graphics and animation studies. As that photography has always played an important role in my life I decided to go one step further and start my adventure with a moving image.  “In dreams” is diploma project and also my debut with camera.

Synopsis> Short story about fine border between dreams and reality.

In 2000 together with his brother Jan-Markus Wulff he founded the production company AVINTH FILM.

In 2002, he received his first major commission for a documentary about the biggest international music festival in Central Asia, Mongolia “Roaring Hooves”. Since then he has completed a further five documentaries about Mongolia and several international productions followed. The most celebrated of these films being “From a Blue Sky” (OT: Vom Blauen Himmel), which has been acclaimed in several internationally reviews and received a number of awards.

From 2011 Toby Wulff began working as live-visual-artist for several international stage productions. The production ‘Spirits Play’ (director: Lee Swee Keong) and produced by the Goethe Institute of Malaysia, has been a Germany, Japan, Singapore, Indonesia and Malaysia collaboration, which took place in Kuala Lumpur, Malaysia in 2013.

In addition to documentaries for TV and cinema, Toby Wulff has focused on music videos and commercials and currently lives and works as a filmmaker, director and video artist in Berlin.

Synopsis> For this music video the director and the band invited the swedish exceptional dancer and finalist of this years German edition of the TV Show Got To Dance Anna Holmström and the no less talented Malik Davis. Directed by Toby Wulff the two dancers bring to life an empty flat telling the expressive story of “EASY”. A harmonic marriage of three art pieces and an incredibly strong symbiosis of music, dance and film.

Shadows of a Radio in the East

Synopsis> ‘Shadows of a Radio in the East’, recorded with a mobile phone, is presented as an audiovisual experimentation in the context of a Berlin still overshadowed by a dense and uncertain past.

Ghost Encounters of the Celluloid Kind 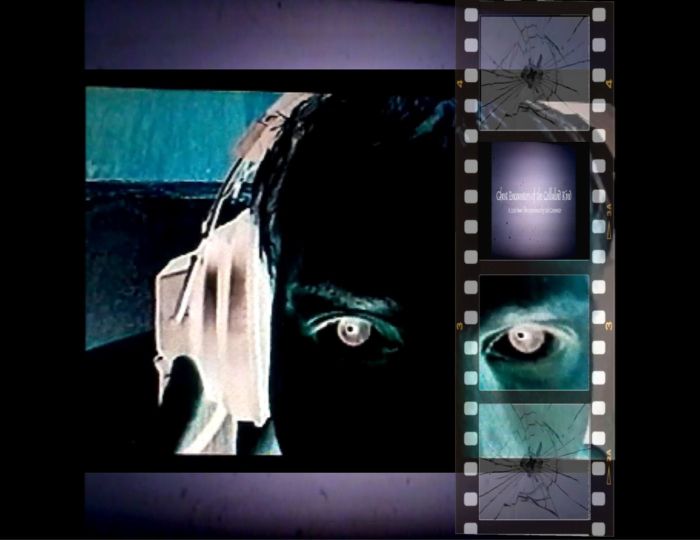 As a Producer, a collection of five indie feature films on the global market with independent film company CS Films lends an above average result for a small ‘off the radar’ studio in the current industry climate. The most recent feature film presentation The Hard Cut is now live online with Video On Demand in Spain (2014).

With continued and constant activity in the film community, adding Shivers Film Society as one of the Board of Directors since 2012. A much needed film society that embraces and celebrates Canadian cult films and world cinema.

Since kicking off Random Dude Films in 2013, Rob has seen his projects through to over 40 Global film festivals to date where he’s been nominated and won numerous awards.

Synopsis> ‘There’s an Alien somewhere among the Ghosts…’ is what popped into my head as I saw my image sporadically pop up within the footage.
An experimental ‘self portrait’, so to speak, from standing on the outside looking in.
A collection of home movies from young versions of my family elders with the addition of my younger self (reels from a film I never ended up making in the late 90’s). The result is a bizarre but energetic 4 minute compilation where time moves yet stand still. It flies through the digital age backwards through the video decades and lands on the film reels. Imprinted on 8mm that spans over 50 years.
In addition, my love for the original ‘Wean’ music track that Natalie (Tate) created for my 2003 ghost story film ( Anna Lynn). In the end, combining it all was an enjoyable, creative experience for me to find a rhythm within the erratic footage. 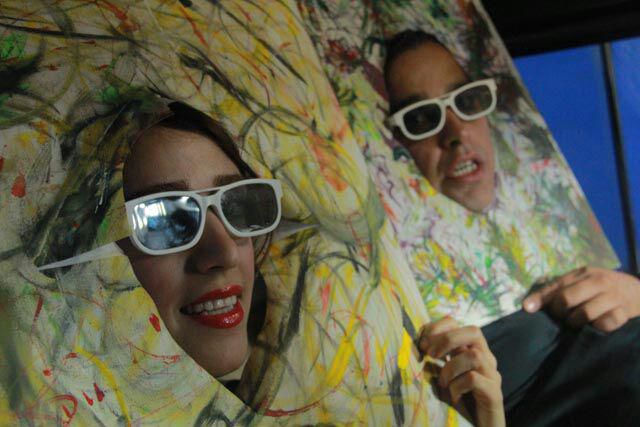 Sahar Tarzi, was born in 1989; Tehran, Iran .
She started her professional art activities from 2007 by freelance photography.

Synopsis> A little girl is drawing some musicians in a driving car where her parents are arguing. Suddenly she faces with her drawings being animated. She wants to show it to her mother, but mother thinks it’s a trash and through it away…

„a camera rotates around the band as they perform in a studio, and the show is punctuated by a number of theatrical touches. A muscley dude swings what looks like a thurible. There’s a bubbling cauldron of dry ice, and it all ends with some choirboys holding candles.“